The architectural old timer of the city, the Spassky monastery is situated on the banks of the river Kotorosl. It was founded in the 12th - 13th centuries and served not only as the monastery but also a fortress as well as the center of spirituality. There the ancient manuscript of the Tale of Igor's Campaign, the oldest monument of Slavic literature, was found. The main temple of the monastery is the Transfiguration Cathedral. It was built on the foundation of even more ancient church in the beginning of 16th century. The appearance of the temple is strict and elegant. The building of Transfiguration Cathedral is three-headed with open galleries, perched on high foundation. The drums of the temple are decorated with narrow windows and helmet domes. The interior of the cathedral is known for its 16th - century frescoes. Towering above the buildings of the monastery is the belfry, a large monumental structure of the 16th century. Transfiguration cathedral served as the burial place for princes and nobles of Yaroslavl. 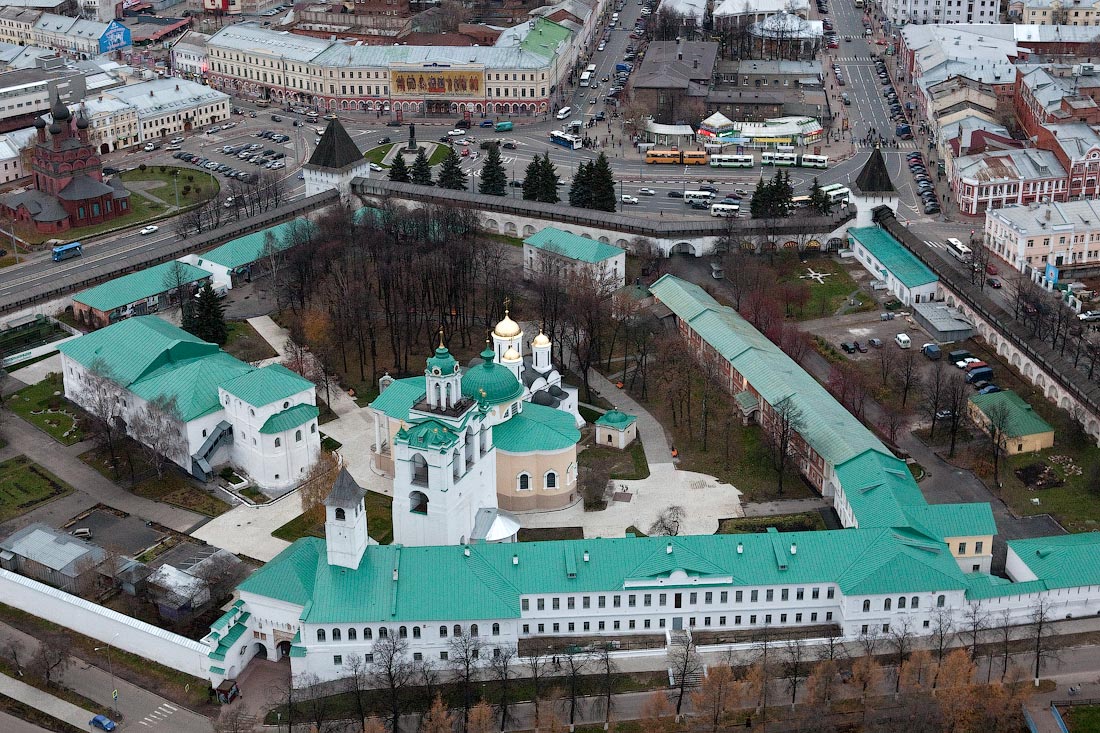 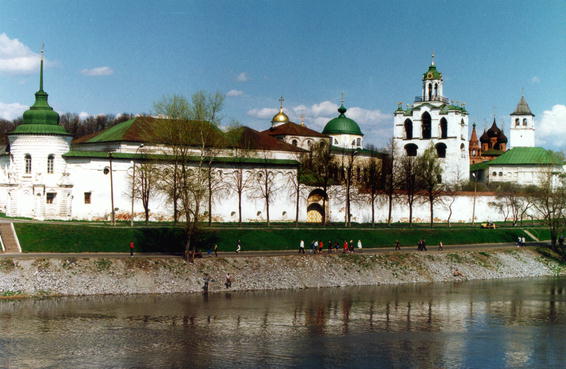 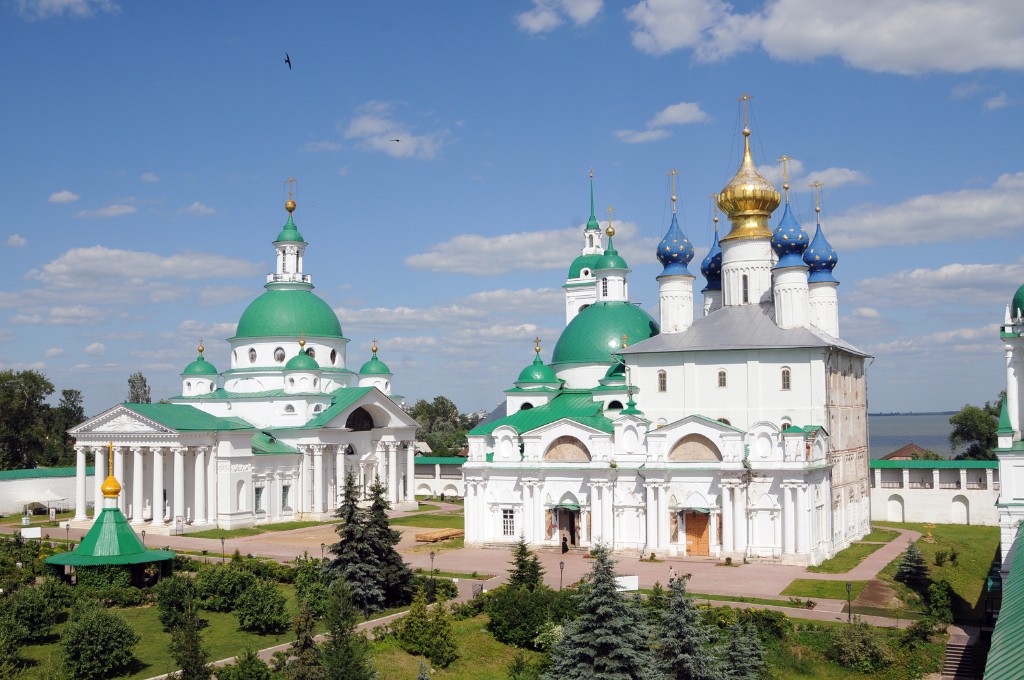 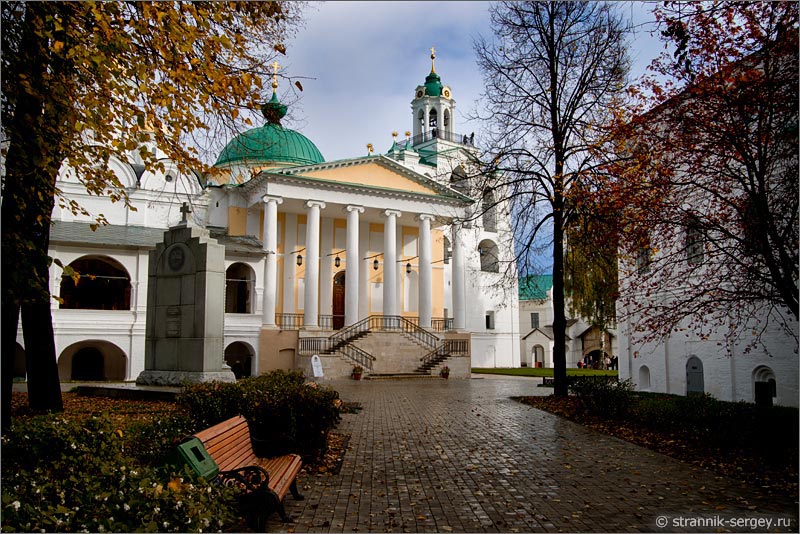 Church of Elijah the Prophet

The most beautiful church of the city, the Church of Elijah the Prophet is the pride and joy of Yaroslavl and the favorite tourist attraction. It was built in 1647 - 1650 and is one of the most complete and best-preserved monuments of Yaroslavl. Built on the site of two churches, the Intercession and Elijah, the church is considered a real masterpiece of ancient Russian art. The main structure of the temple is a massive building on high foundation topped with five heads resting on light drums. The drums are decorated with arches and columns and surrounded by the rows of kokoshniks. But the main thing is, of course, the interior painting, made by famous Kostroma masters. They have no equals in beauty, richness and brightness of colors. 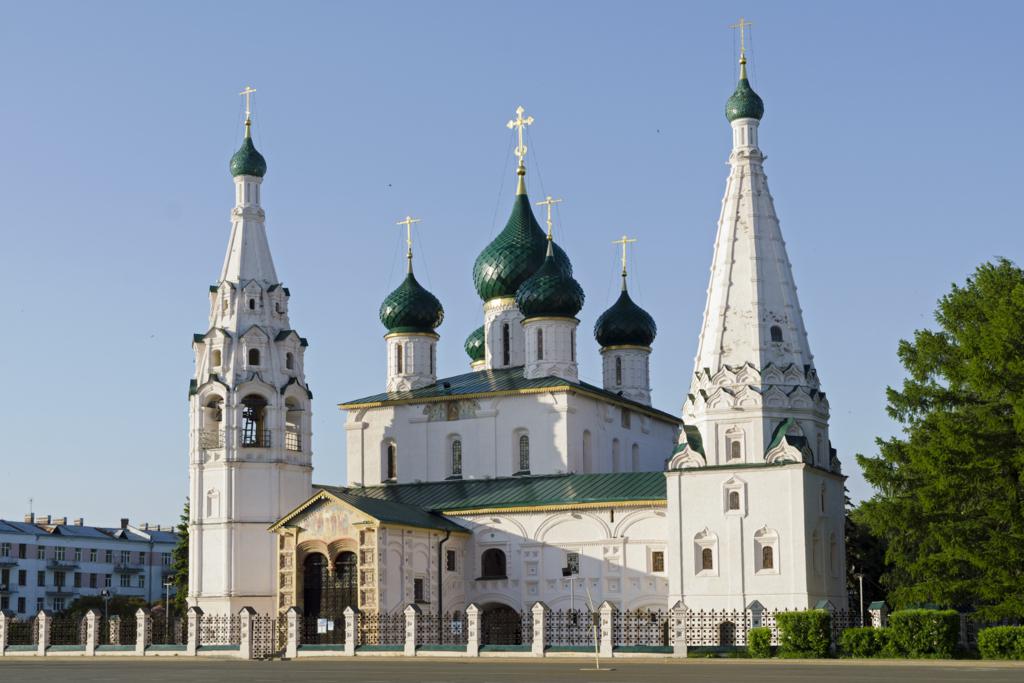 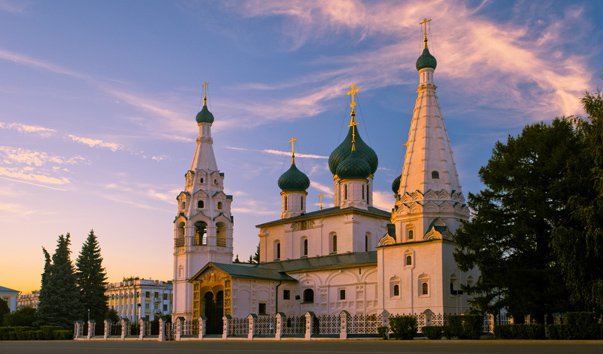 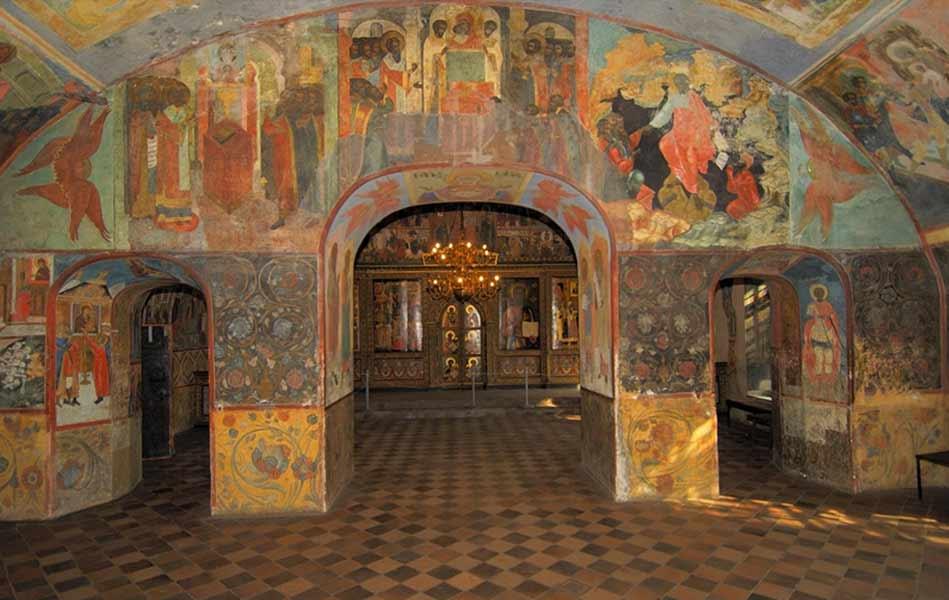 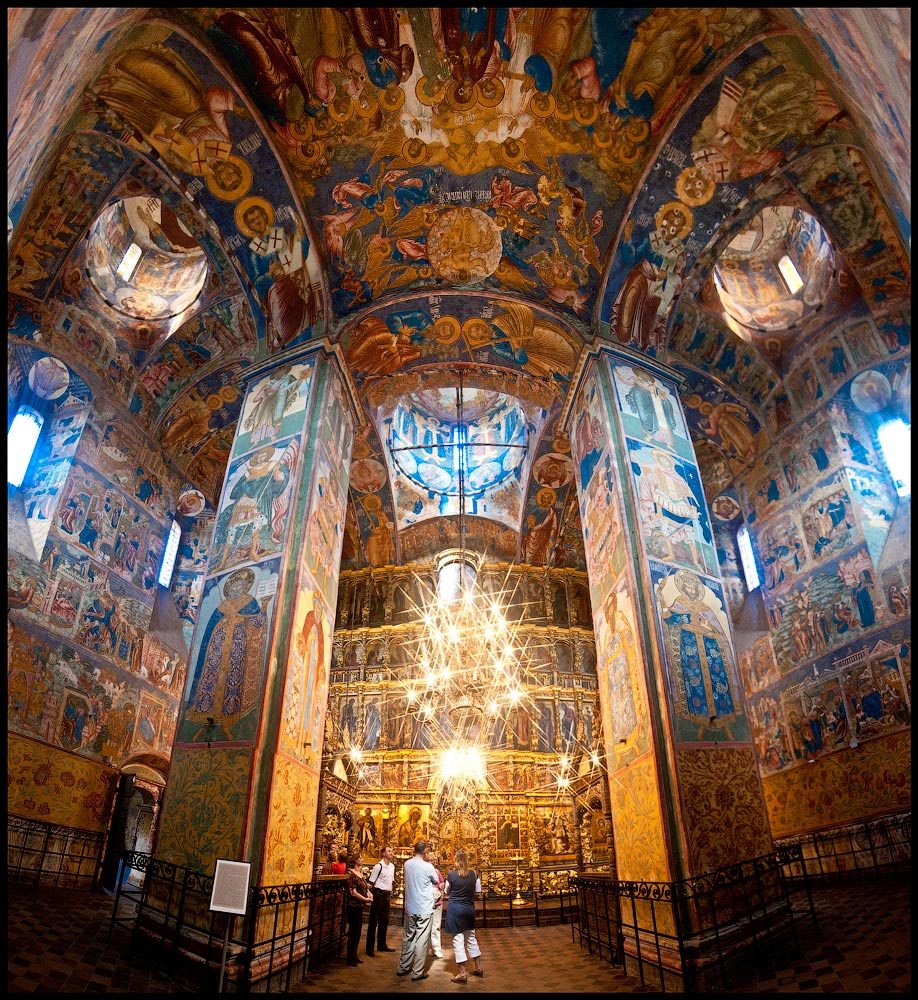 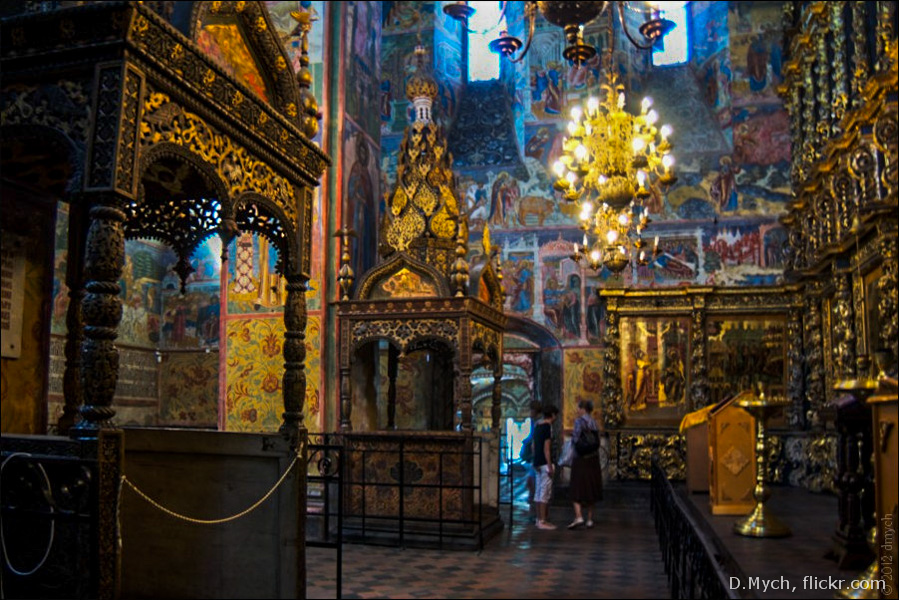 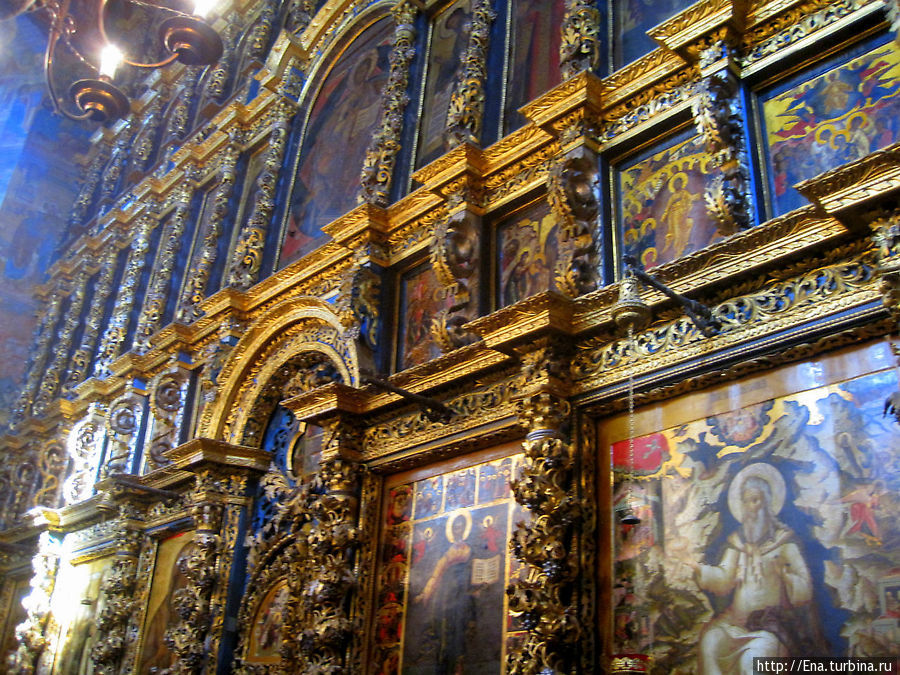 Walking along the tree-lined river embankments is the favourite past time of the locals at any time of the year and the view of the Volga on one side and the many historical buildings on the other is delightful. Along the way you will pass dozens of (mostly 16th Century) churches, as well as the spit (strelka) which juts out at the point where two rivers meet. In the summer there are dancing fountains on the strelka, while classical music is blasted out of various speakers all year long. Further along the Kotorsol river side of the embankment there is a large beach and a rickety amusement park. Look out for lovers leaving symbolic padlocks on the railings of the pavilions and numerous buskers tooting away on their instruments. The whole embankment route is kilometers long - and fortunately there are numerous cafes to rest en route. 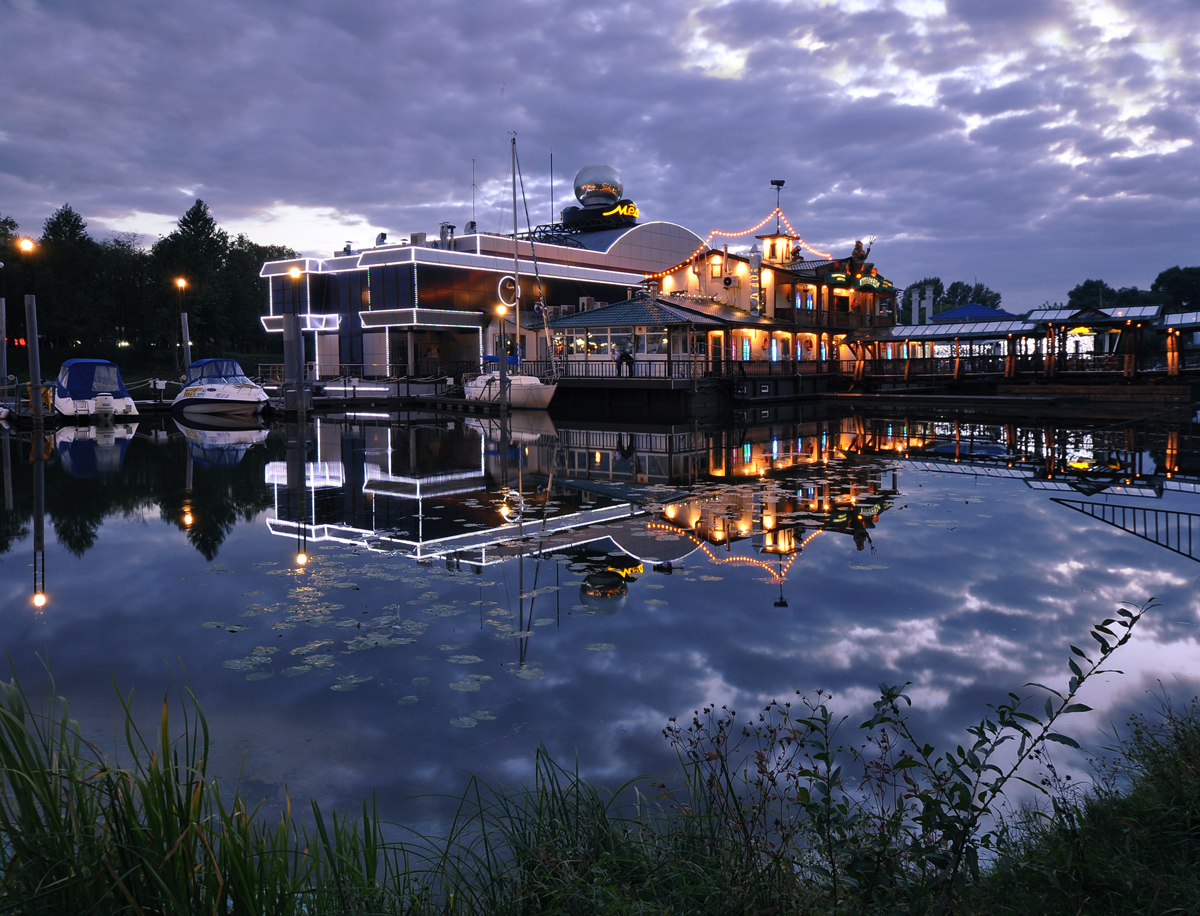 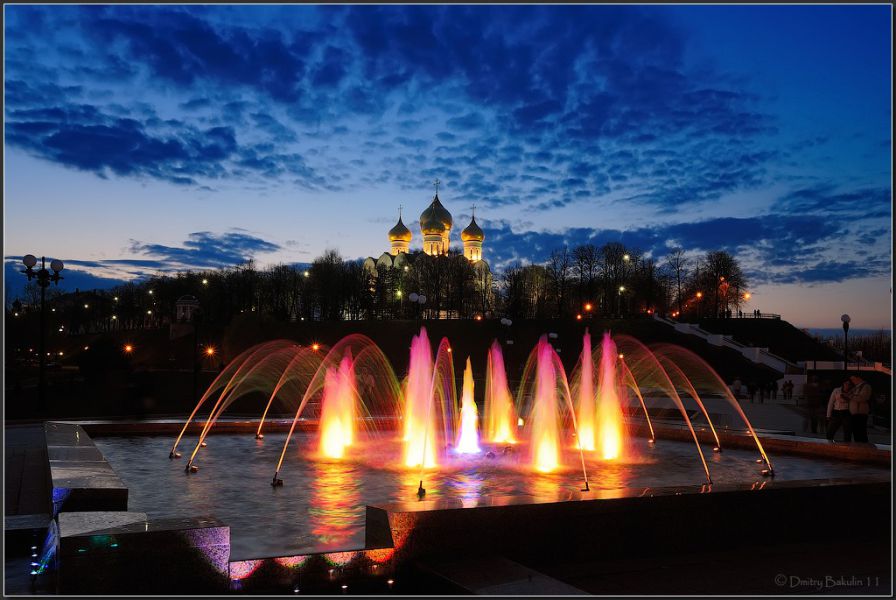 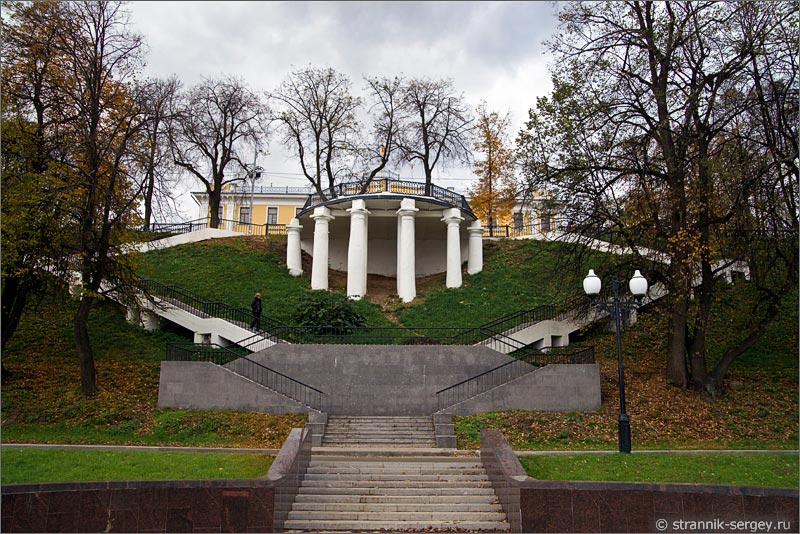 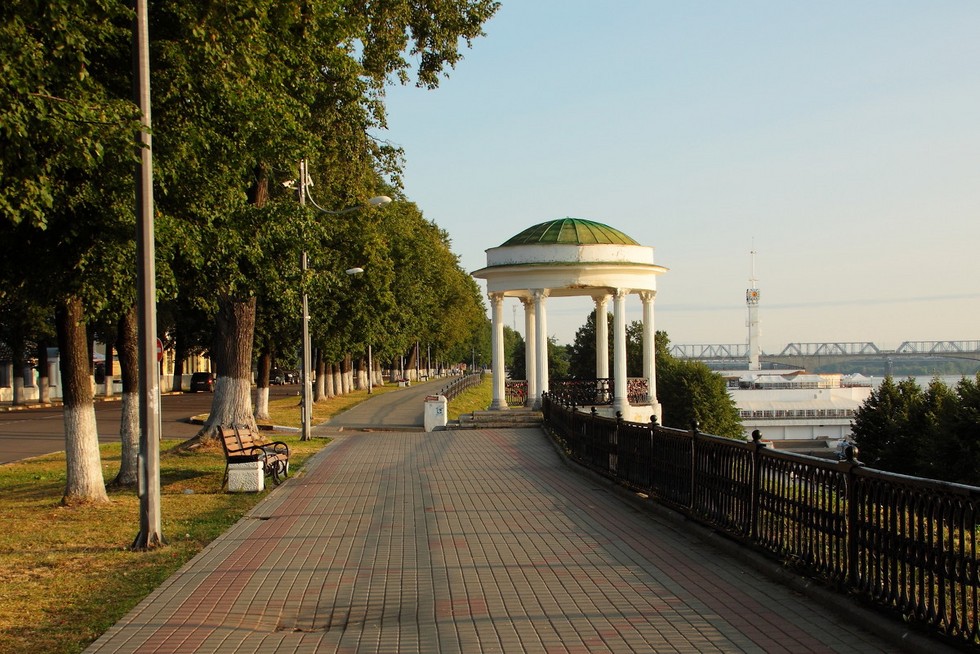 Yaroslavl has a high potential for the development of domestic and incoming tourism. A natural cultural and historical diversity, combined with an actively developing culture and recreation complex, namely the Yaroslavl Children's Railway, Yaroslavl Zoo, the Volga River embankment, a reconstructed Strelka (place of confluence of rivers) complex and Yaroslavl circus, The Millennium Park allows for the development almost all types of tourism, including that recreation most favoured by visitors (for the purpose of leisure and amusement), cultural and educational (including religious and pilgrimage tourism), business, sports, extreme, medical, ecological, academic, scientific and other types of tourism. 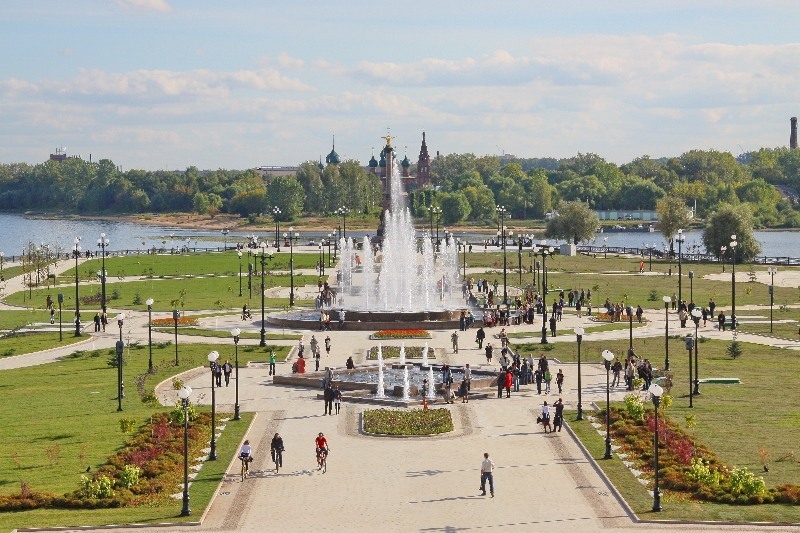 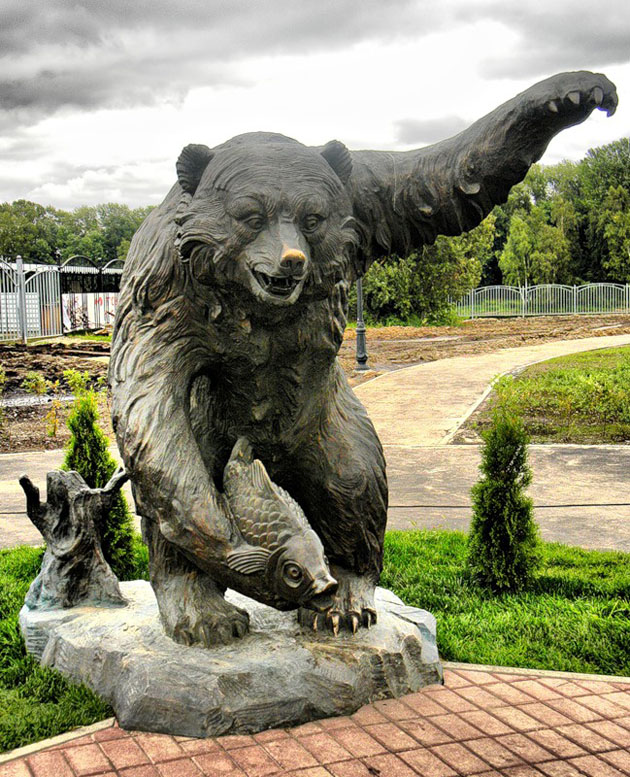 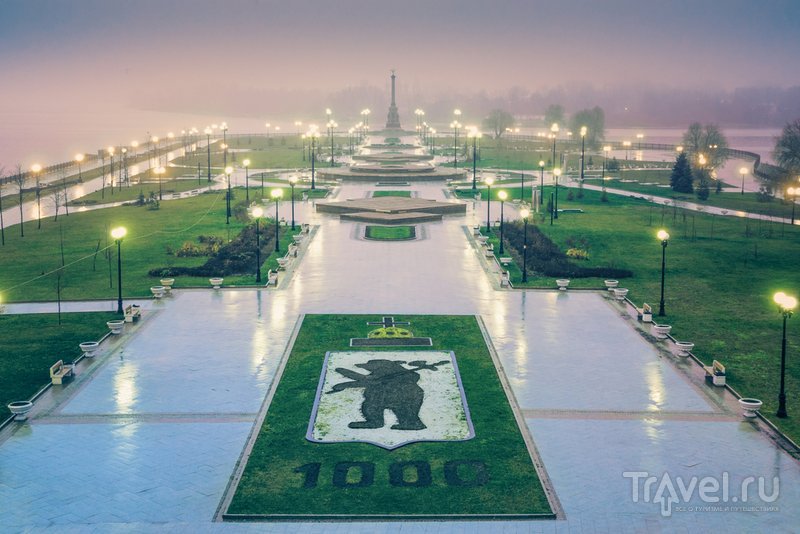 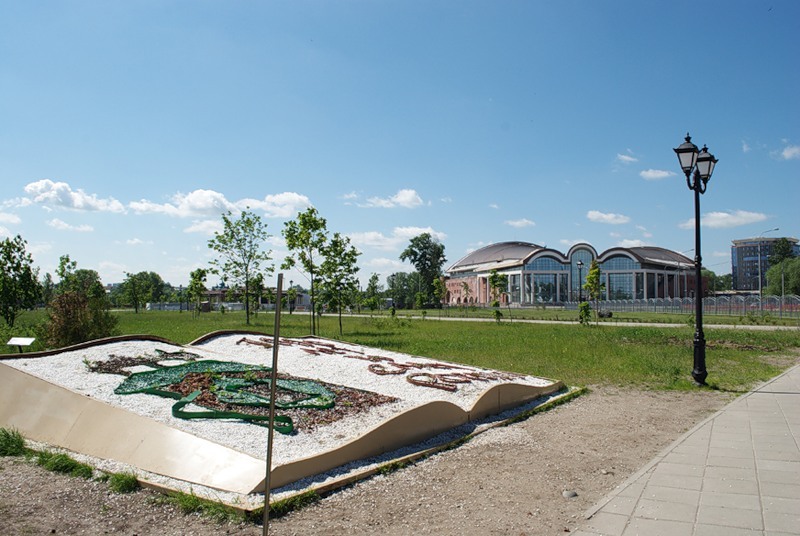 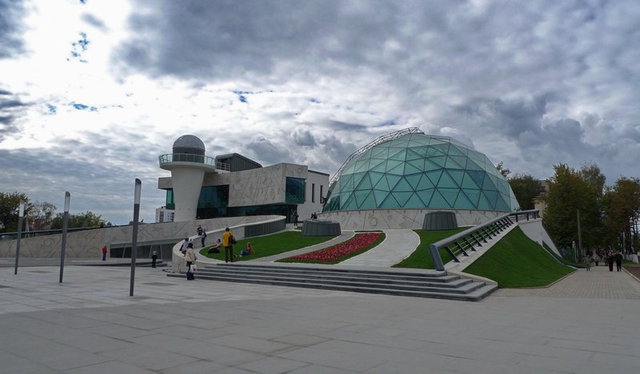