Cathedral of the Assumption

It is one of the most historically important Russian Orthodox Churches. For a short period in the 14th century, the cathedral was the seat of the Metropolitan, the leader of the Russian Orthodox Church. Originally, the cathedral was built in 1158 and had only one dome. However, the major reconstruction followed already in 1185: four smaller domes were added, and the building was considerably enlarged in order to resemble St. Sophia's Cathedral in Kiev. 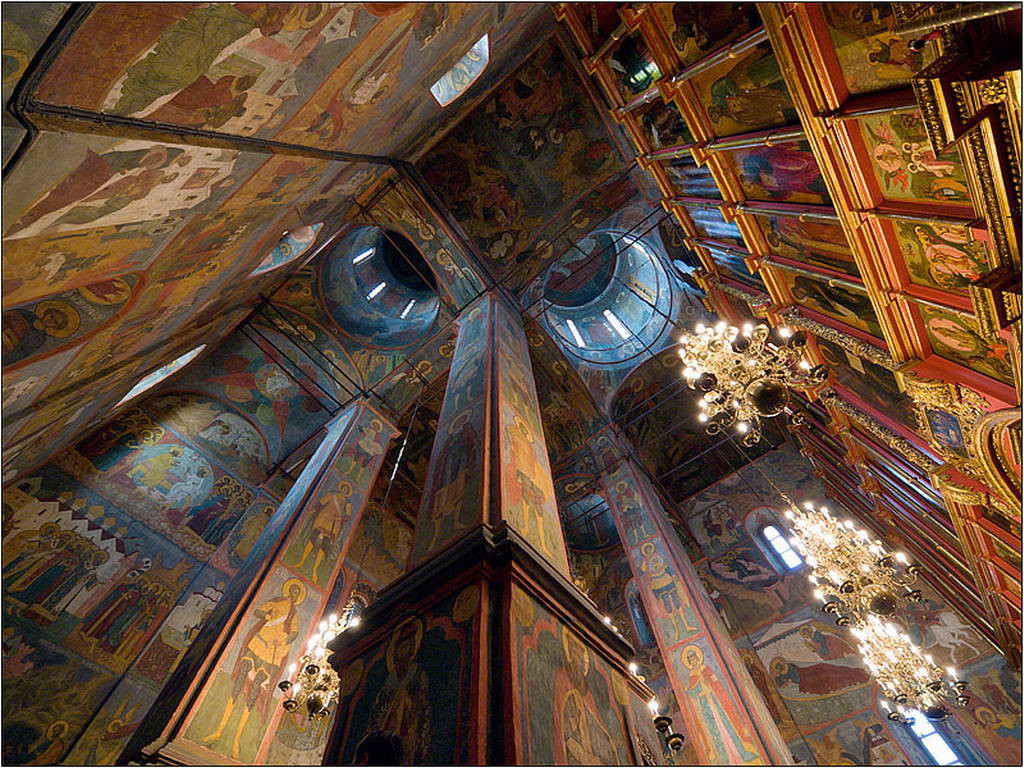 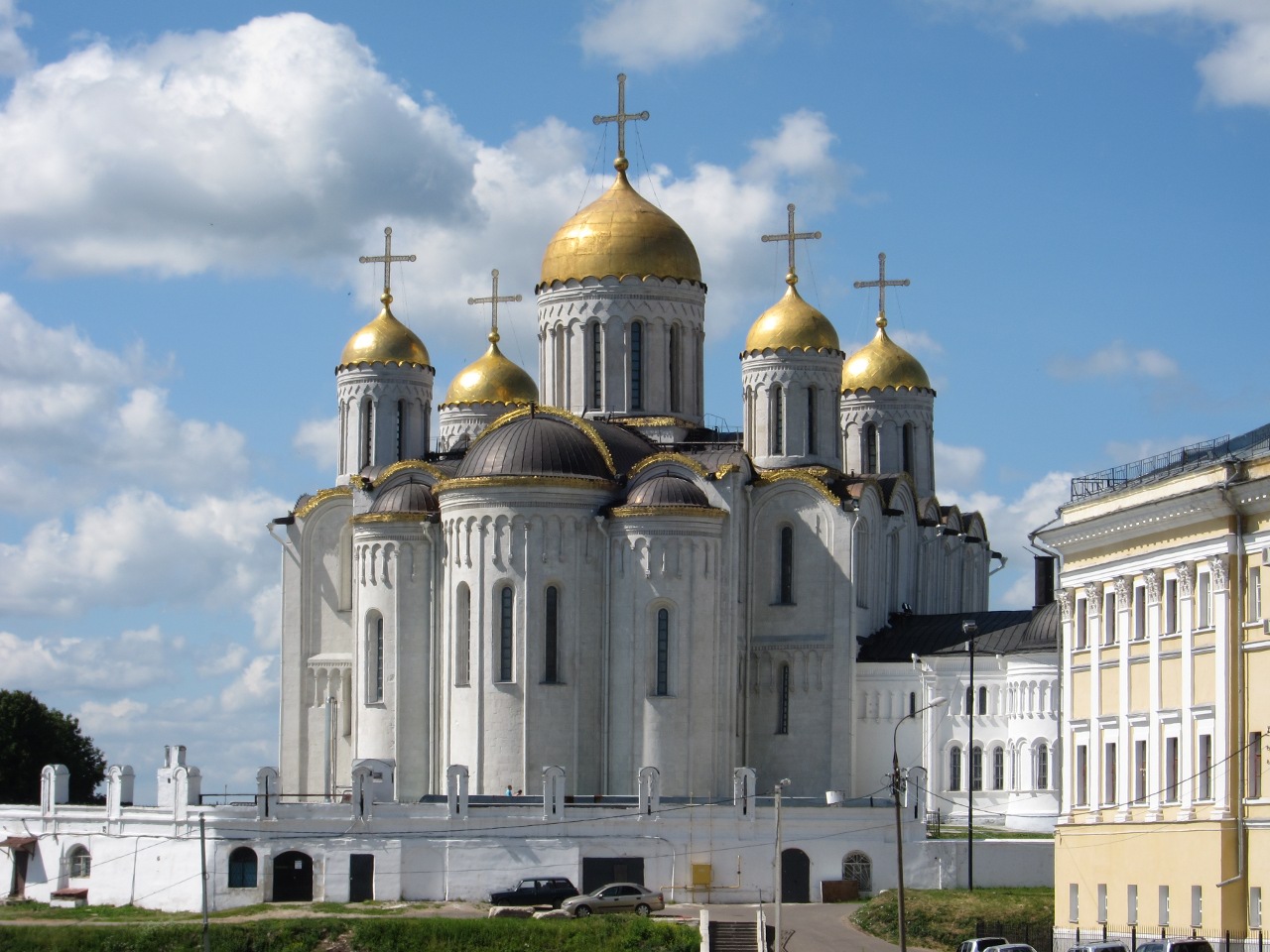 Later on, a similar project was utilized for the cathedral of the Assumption in Moscow Kremlin. The neighboring bell tower of eclectic style was built in 1810 to replace the former hip-roof tower. The interior of the cathedral includes a number of ancient frescos from late 12th century (northern wall) and 15th century, the latter being painted by Andrei Rublev and Daniil Chyorny. 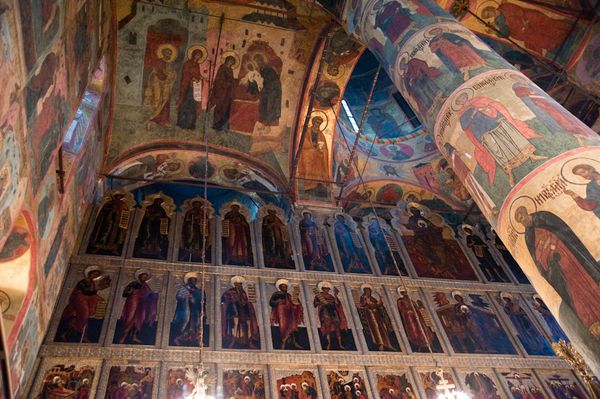 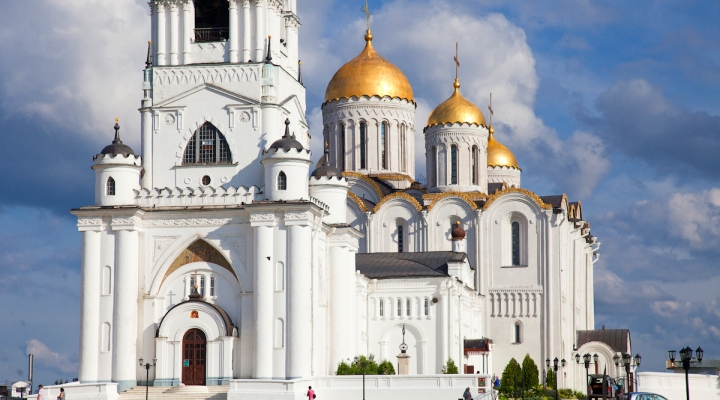 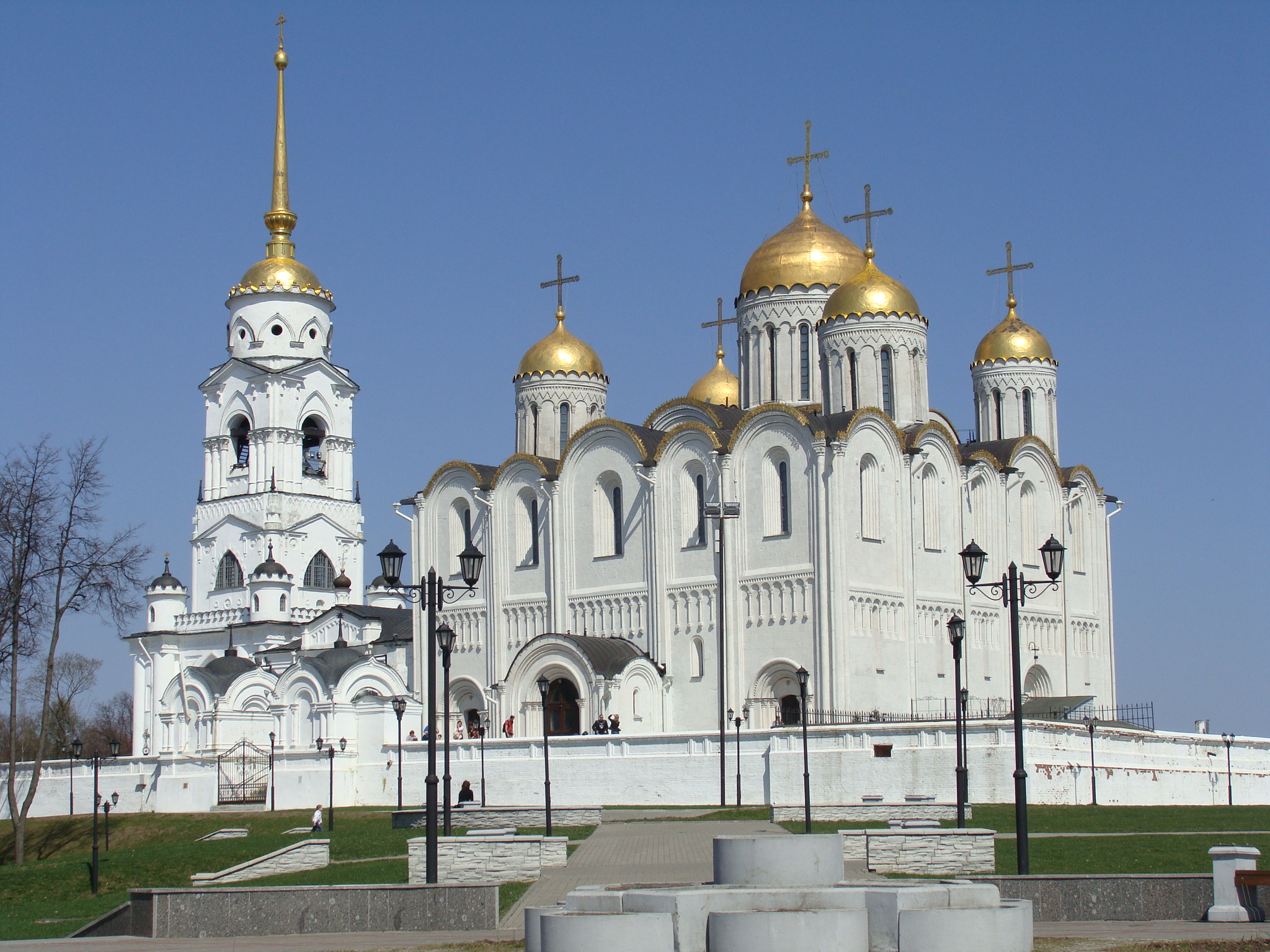 This is the other ancient cathedral of Vladimir. The building was constructed in 1194-97 as an in-house church of the Prince's court. Originally, galleries linked the cathedral to the palace, but they were removed during the reconstruction in 19th century. At present, St. Demetrius' Cathedral is a detached church, a unique monument of ancient Russian architecture. The bottom part of the walls is flat (here the galleries were attached), while the upper part is covered by fine stone carvings. These carvings depict stories from the life of King David and praise the harmony of the world. Yet the meaning of some carvings remains unknown. The cathedral hosts a small museum that presents enlarged images and detailed explanations for a number of carvings as well as a small piece of original frescos from late 12th century. 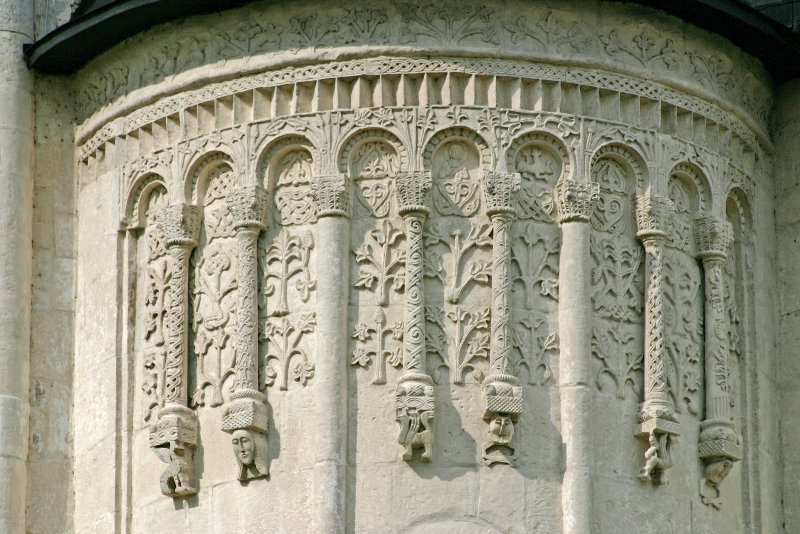 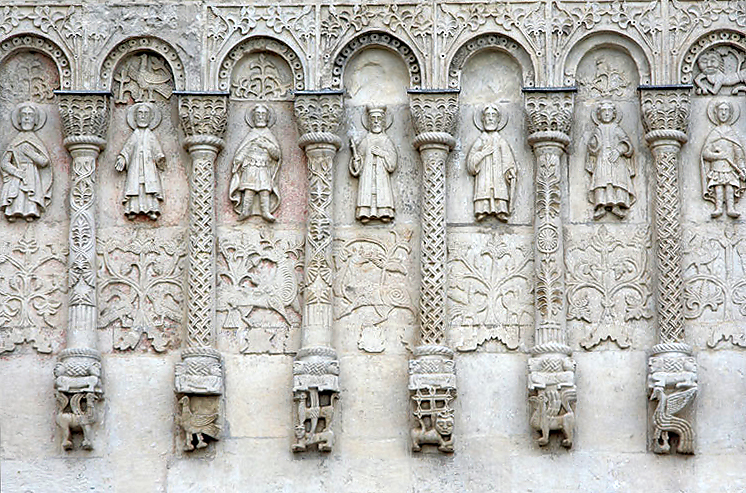 Once the entrance to the walled city, the gate was originally built in 1158-64. At that time, the city was surrounded by a rampart with five stone gates. The Golden Gate is the only remaining part of the complex and the unique monument of ancient fortifications in Russia. The ramparts were removed in 19th century, and the gate was reinforced by four circular bastions at the buttresses. These bastions strongly changed the appearance of the gate, so it may be advisable to see the picture of the original building like in a museum of military history inside the gate. The remaining part of the rampart is found south from the gate, along the Kozlov Rampart Street 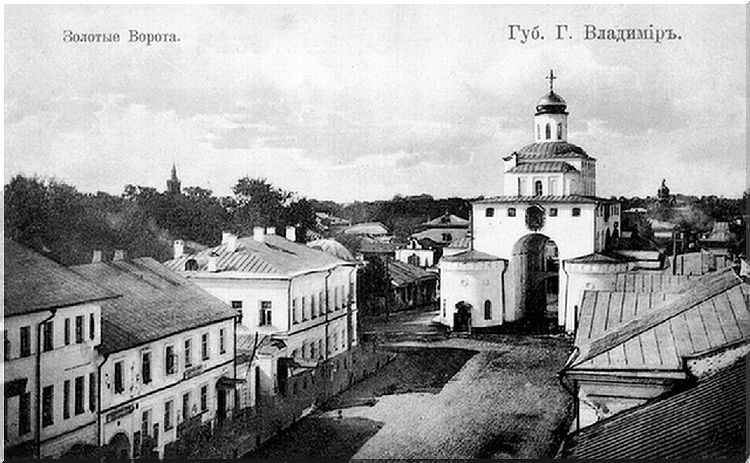 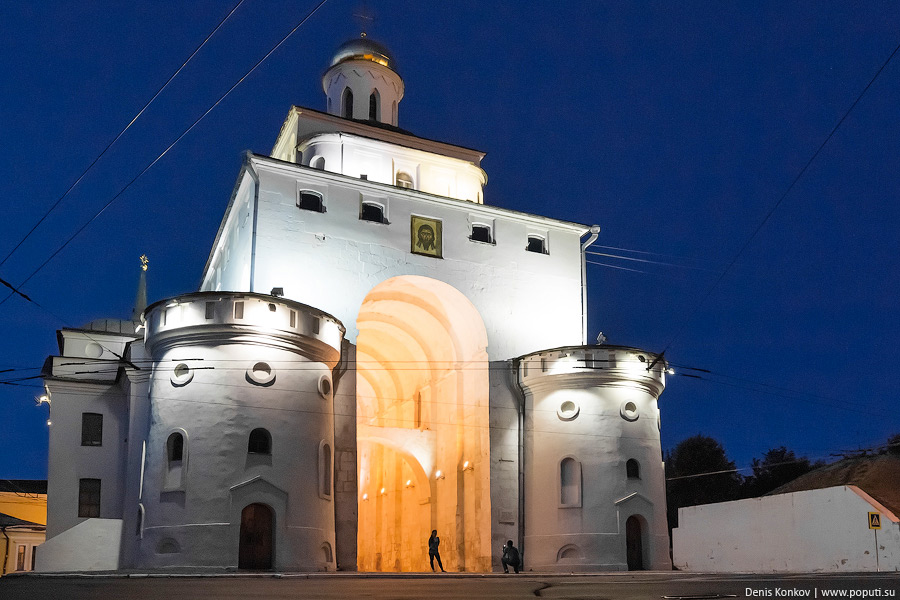 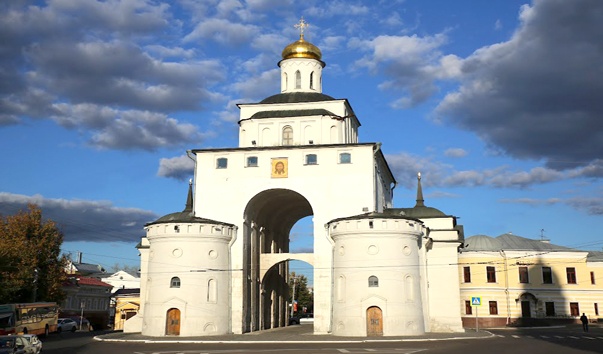 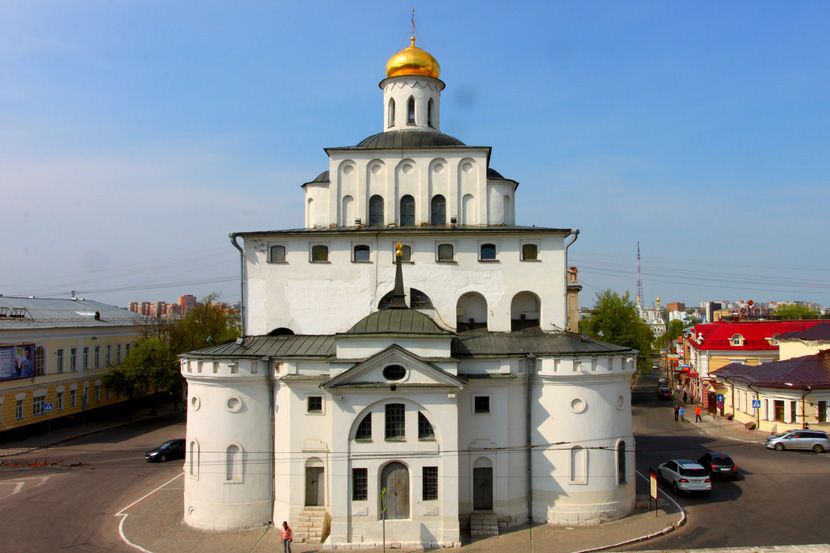 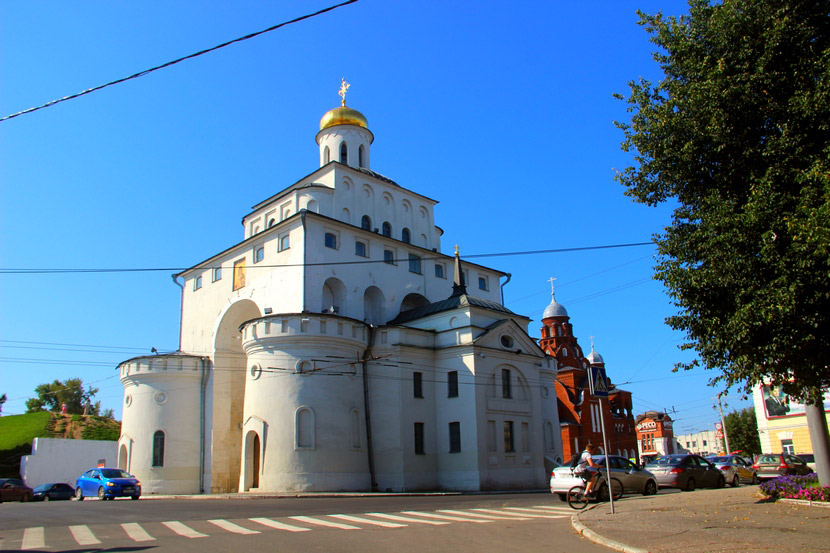 Church of the holy Rosary

This is a Catholic church, which is actively engaged in social work. At the temple there is a bookstore with religious literature.The full name of the church Holy Rosary - The Temple of the Holy Rosary of the Blessed Virgin Mary. It was founded in 1891. At the beginning of the XX century the number of believers who attend church, was no more than in 1000 In 1930, the church was closed. Its bell tower has long been used as a Radio repeater. In the 70s there marked out the exhibition hall. And only in the 90's temple was returned to the Catholic community and began to function as a church.The walls and ceilings of the temple is made in the pseudo-Gothic style, created from a red brick. Above the main entrance stands a large spire. Along with the house of the priest temple is a single ensemble. 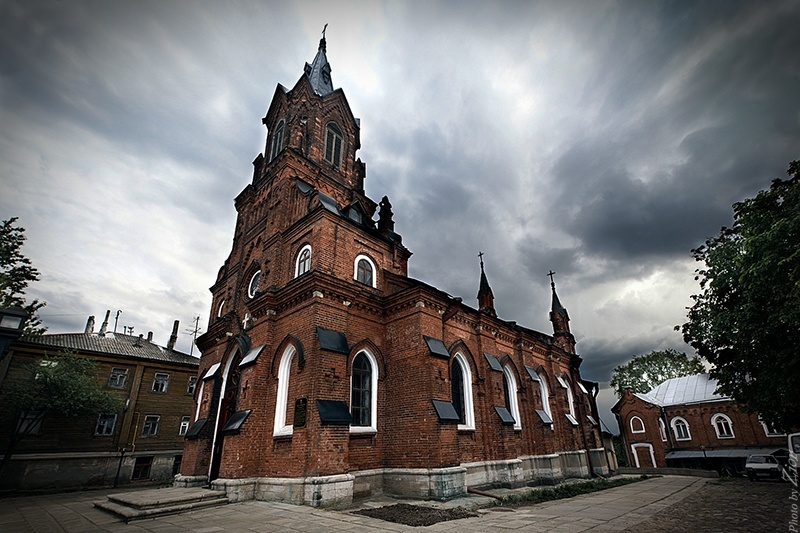 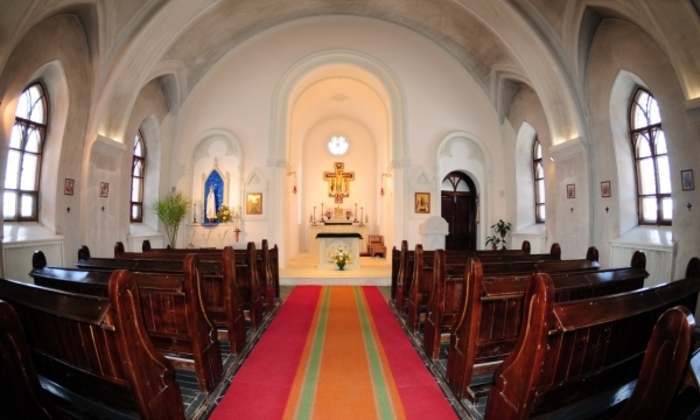 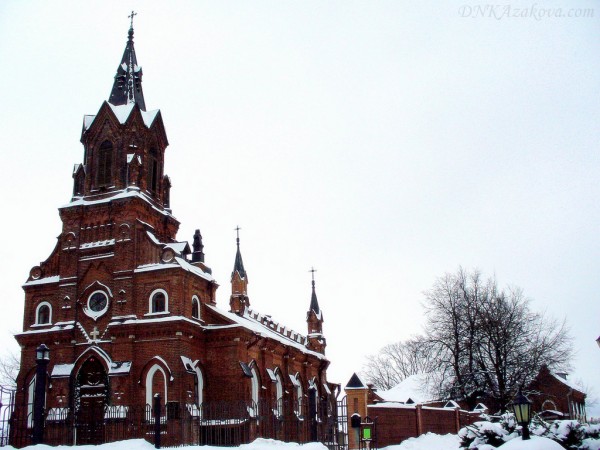 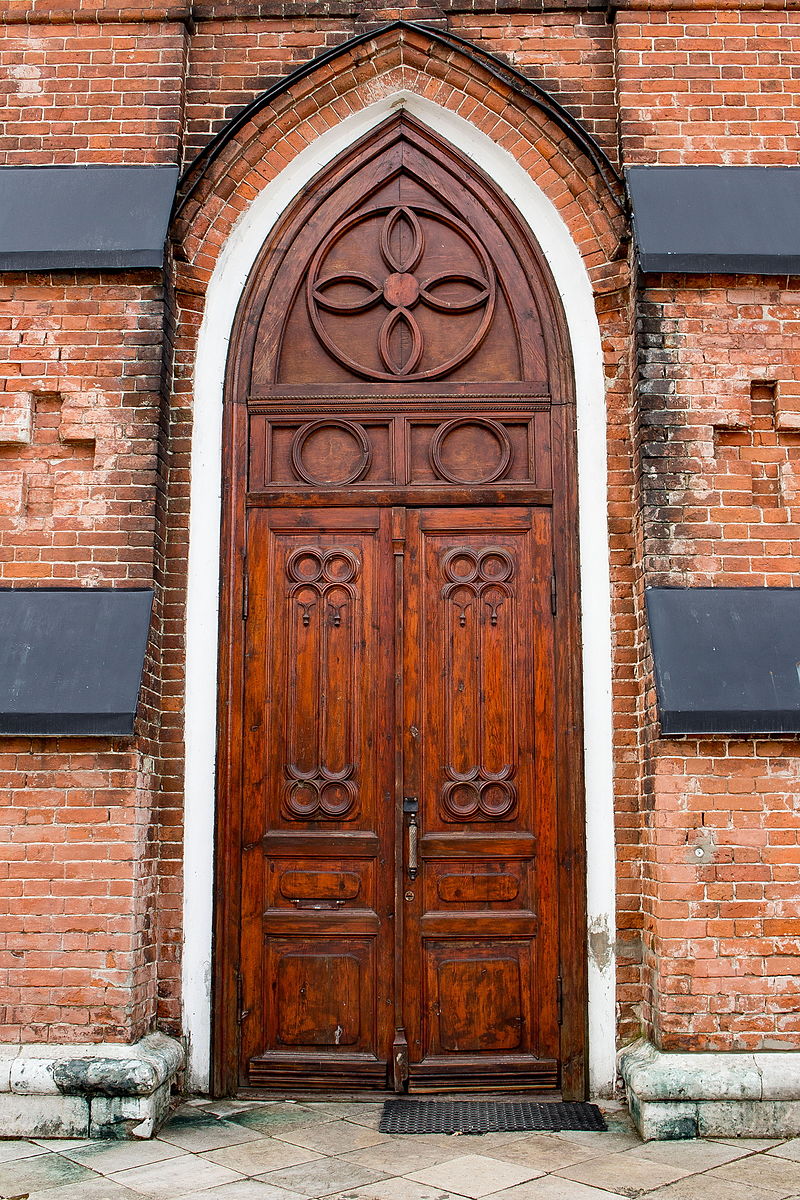 This small but interesting museum is located in a former nineteenth century water tower. Visitors will see photographs of old Vladimir streets, articles of daily life, examples of room interiors, and examples of tsarists era publications. All this provides a detailed picture of everyday life in old Vladimir. 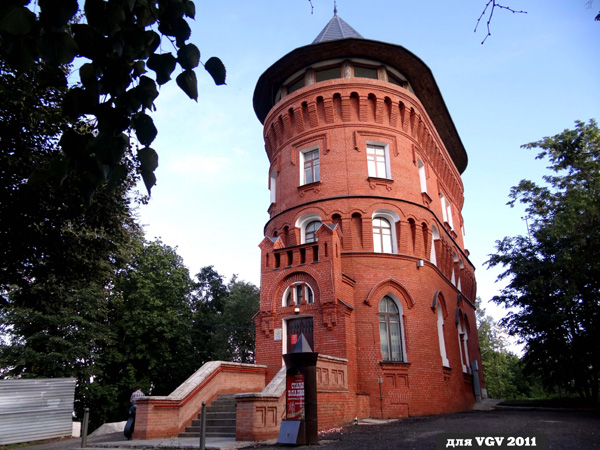 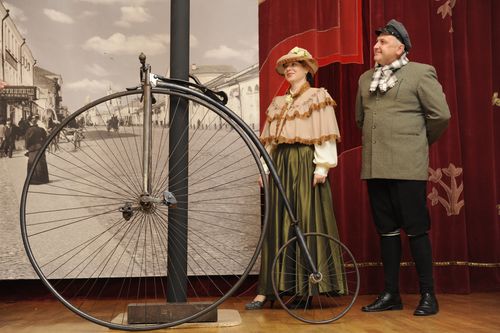 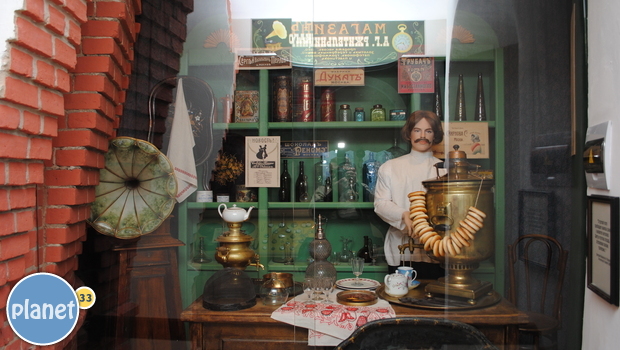 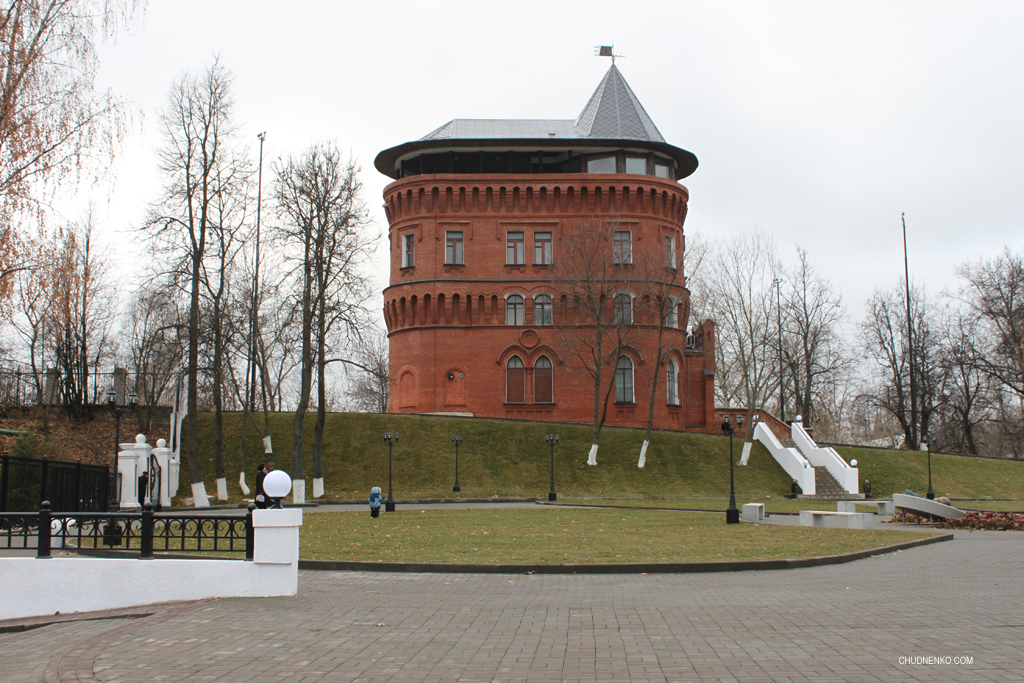 The observation deck at the top of the tower provides a wonderful view of much of today's Vladimir. The water tower happens to stand close to the spot where the Tartar-Mongols breached Vladimir's defenses in 1238. 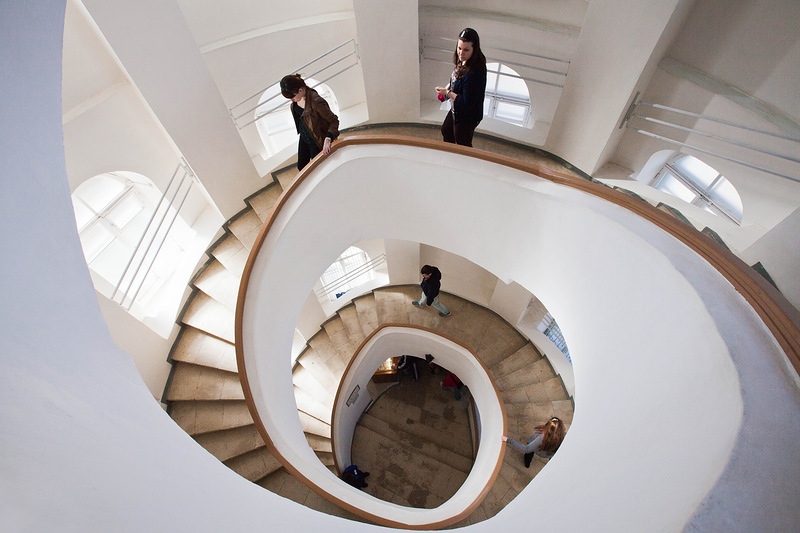 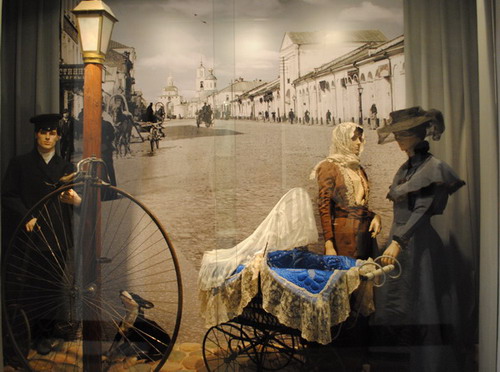 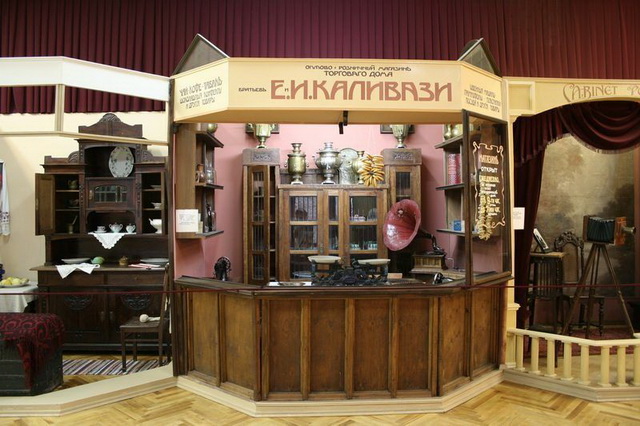